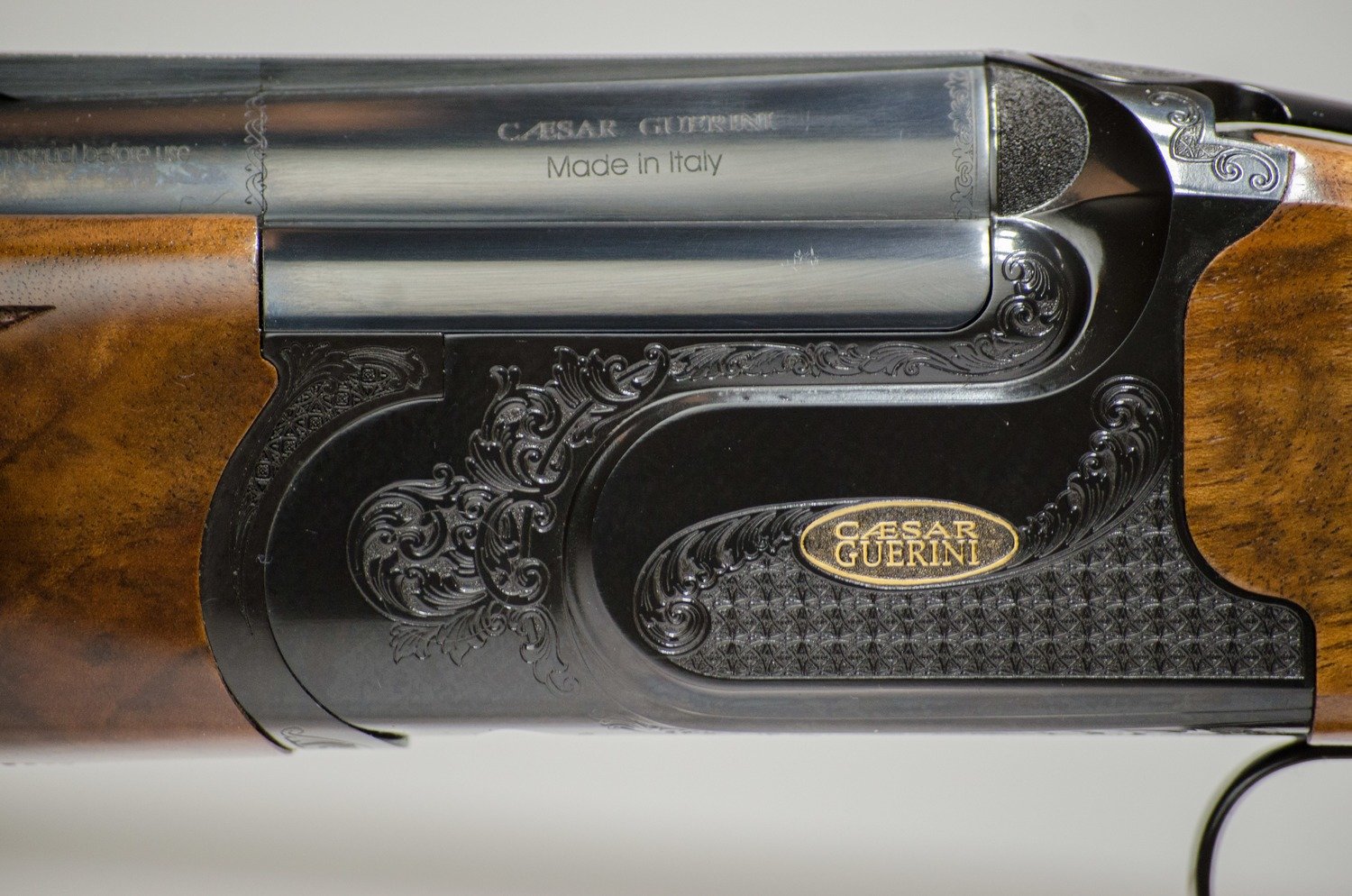 Designed to be durable enough to shoot over one million rounds, Caesar Guerini’s Invictus made a big splash when it was introduced in 2014. Now, the Invictus line has expanded with a high-performance variant designated the M-SPEC. Based off of world class shooter Richard Fauld’s input, the M-SPEC is designed to tackle the most demanding sporting clays targets.

The barrels feature fixed chokes in Modified and Improved Modified constrictions with tighter and more open chokes available by special order. The top rib incorporates a radical taper of 10mm to 6mm to be more precise on far targets. The design of the fixed choke barrels reduces weight at the muzzle end, resulting in enhanced handling characteristics. The serious competition theme carries over to the cosmetic appearance of the M-SPEC with a deep blued finish on all metal surfaces and subtle gold accents. The Invictus line is the top of the food chain for competitors seeking a shotgun that can endure a lifetime of spent shells and a legacy to pass on for generations to come. The Invictus system completely changes the way the barrel and action lock together when the gun is closed, making the whole system stronger.

The result is a shotgun engineered to shoot over one million rounds, backed by an industry leading Lifetime Warranty. The Invictus I Sporting M-SPEC is available in 12 gauge with 32” barrels. The deluxe walnut stock features a conventional style comb and asymmetrical pistol grip with palm swell.

Save this product for later
X