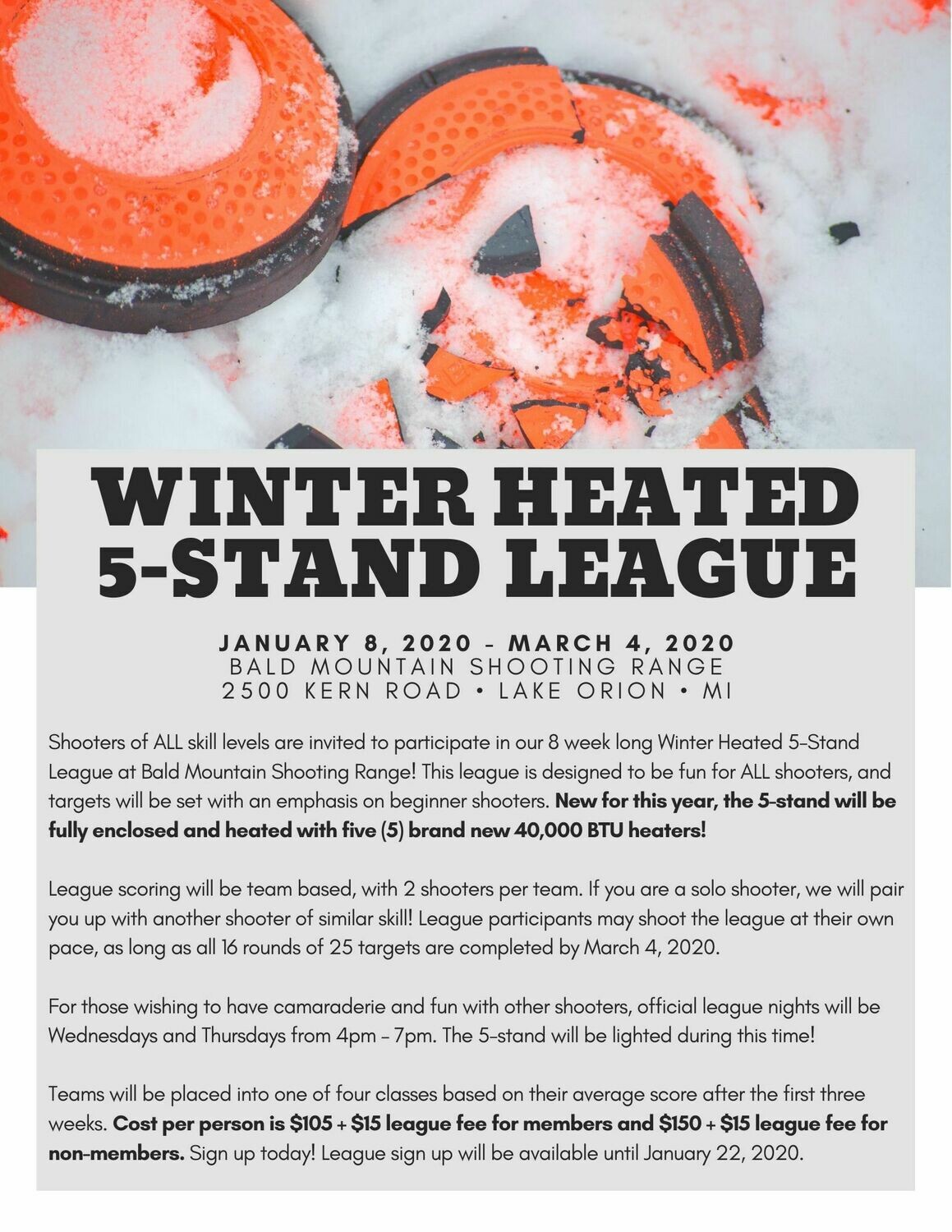 Shooters of ALL skill levels are invited to participate in our 8 week long Winter Heated 5-Stand League at Bald Mountain Shooting Range! League starts on January 8 and will be designed to be fun for ALL shooters. Targets will be set with an emphasis on beginner shooters. New for this year, the 5-stand will be fully enclosed and heated with five (5) brand new 40,000 BTU heaters!

League scoring will be team based, with 2 shooters per team. If you are a solo shooter, we will pair you up with another shooter of similar skill! League participants may shoot the league at their own pace, as long as all 16 rounds of 25 targets are completed by March 4, 2020.

For those wishing to have camaraderie and fun with other shooters, official league nights will be Wednesdays and Thursdays from 4pm – 7pm. The 5-stand will be lighted during this time!

Teams will be placed into one of four classes based on their average score after the first three weeks. Cost per person is $105 + $15 league fee for members and $150 + $15 league fee for non-members. Sign up today! League sign up will be available until January 22, 2020.

Save this product for later
X